With the late-medieval painting Man of Sorrows (1500-1525) by Albrecht Bouts, Musea Brugge welcomes a new masterpiece to its collection of Flemish Primitives. The work was bequeathed by Father Ghislain De Jaeger to the King Boudewijn Foundation, which has entrusted it to the permanent keeping of Musea Brugge. The new acquisition is currently on view as part of the exhibition Face to face with Death.

Lacuna in the collection

Until now, the collection of Flemish Primitive paintings of Musea Brugge lacked a representative example of work by important artists who were active outside of Bruges during the 15th and 16th centuries. With Man of Sorrows by the Leuven-based painter Albrecht Bouts, this lacuna has been filled. Interestingly, Albrecht Bouts was probably a pupil of Hugo van der Goes, whose Death of the Virgin is one of the finest works in the Groeningemuseum. Bouts' devotional painting also reflects a less typical and more restrained side of the art of the Flemish Primitives. 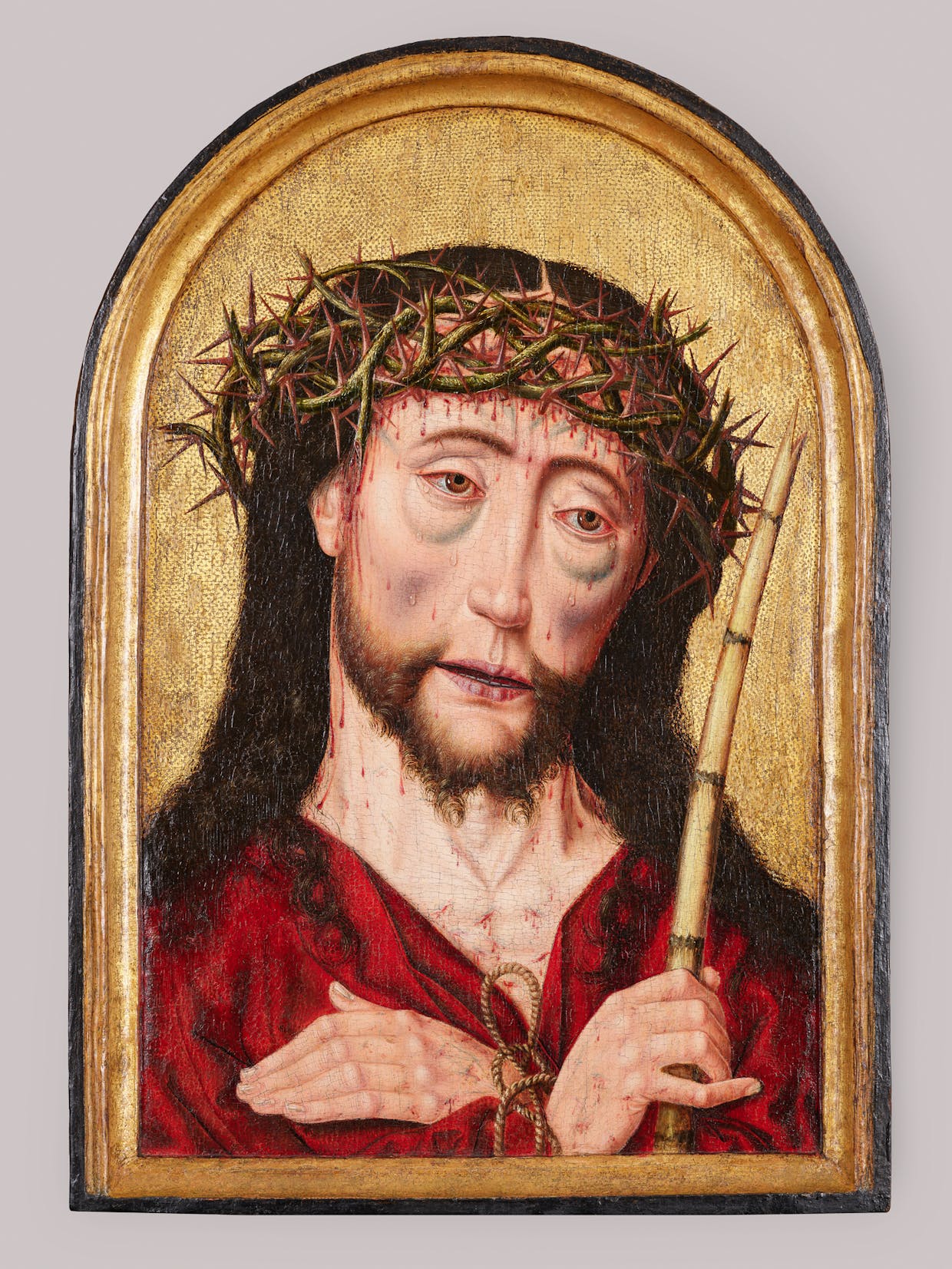 The suffering of Christ

The Ecce homo paintings depicting the suffering of Christ by Albrecht Bouts and his workshop is the most important collection of works of their kind that has come down to us from the Southern Netherlands of the 15th and 16th centuries. The surviving examples, including this painting, demonstrate that the workshop was specialised in the serial production of these devotional scenes.

The painting depicts Christ wearing his crown of thorns against a golden background. His wrists are bound and in his right hand he holds a reed, symbolising the humiliation to which he is being subjected. The red robe represents the ordeal of his Passion that must follow. With his head slightly bowed, his mouth hanging open and his eyes full of sadness, Christ bears his painful trial with dignity.

The painting measures 48 x 33.2 cm in its original frame. The top is rounded, which was the usual format for private devotional works. Under the influence of Modern Devotion, a movement for religious reform founded during the 14th century, the theme of the Man of Sorrows became extremely popular. For the adherents of Modern Devotion, empathising with the life and above all the suffering of Christ was hugely important. It was precisely because the faithful could identify with the image of the suffering Christ that paintings of this kind became so highly favoured for private devotion. For this reason, the Bouts' painting fully deserves its place in the exhibition Face to face with Death, where the theme of the experiencing of faith and meaning plays a central role.

In the run-up to the exhibition Face to face with Death, the painting has been restored by Laetitia Golenvaux and Véronique Geniets. The exhibition runs from 28 October 2022 to 5 February 2023 at the St John’s Hospital. 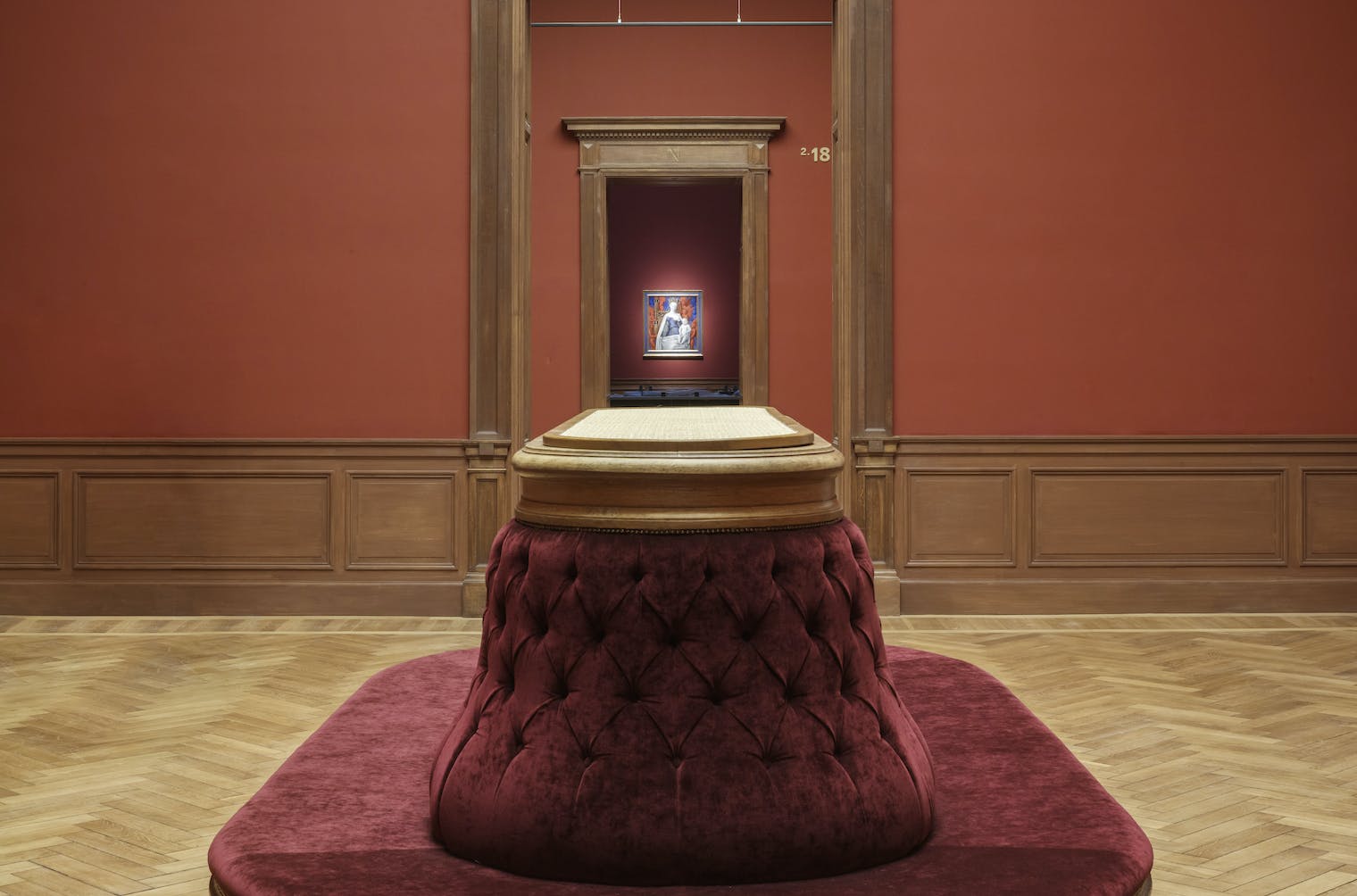 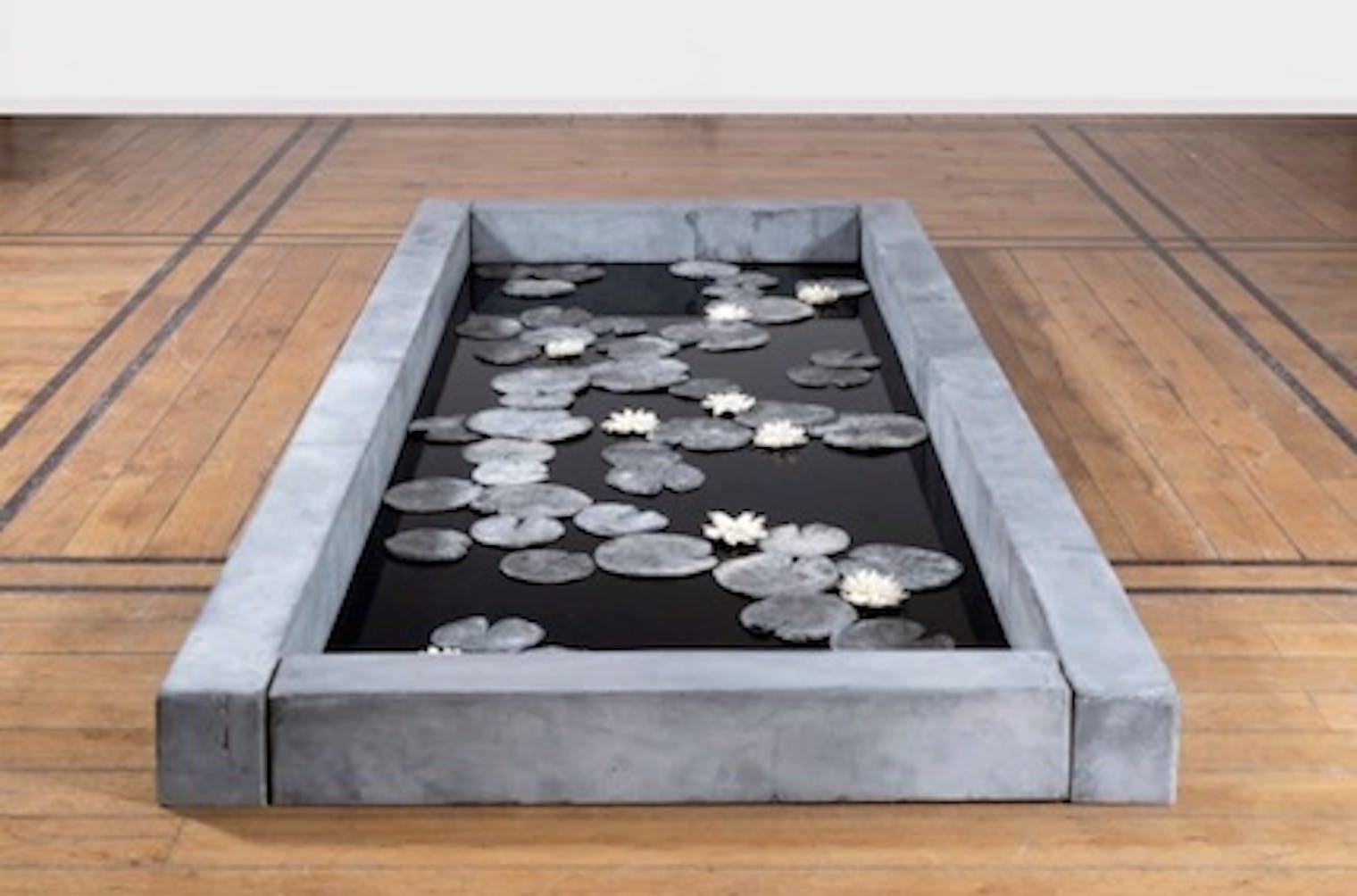 Mu.ZEE has added an artwork by Hans Op de Beeck to its collection.
Read more 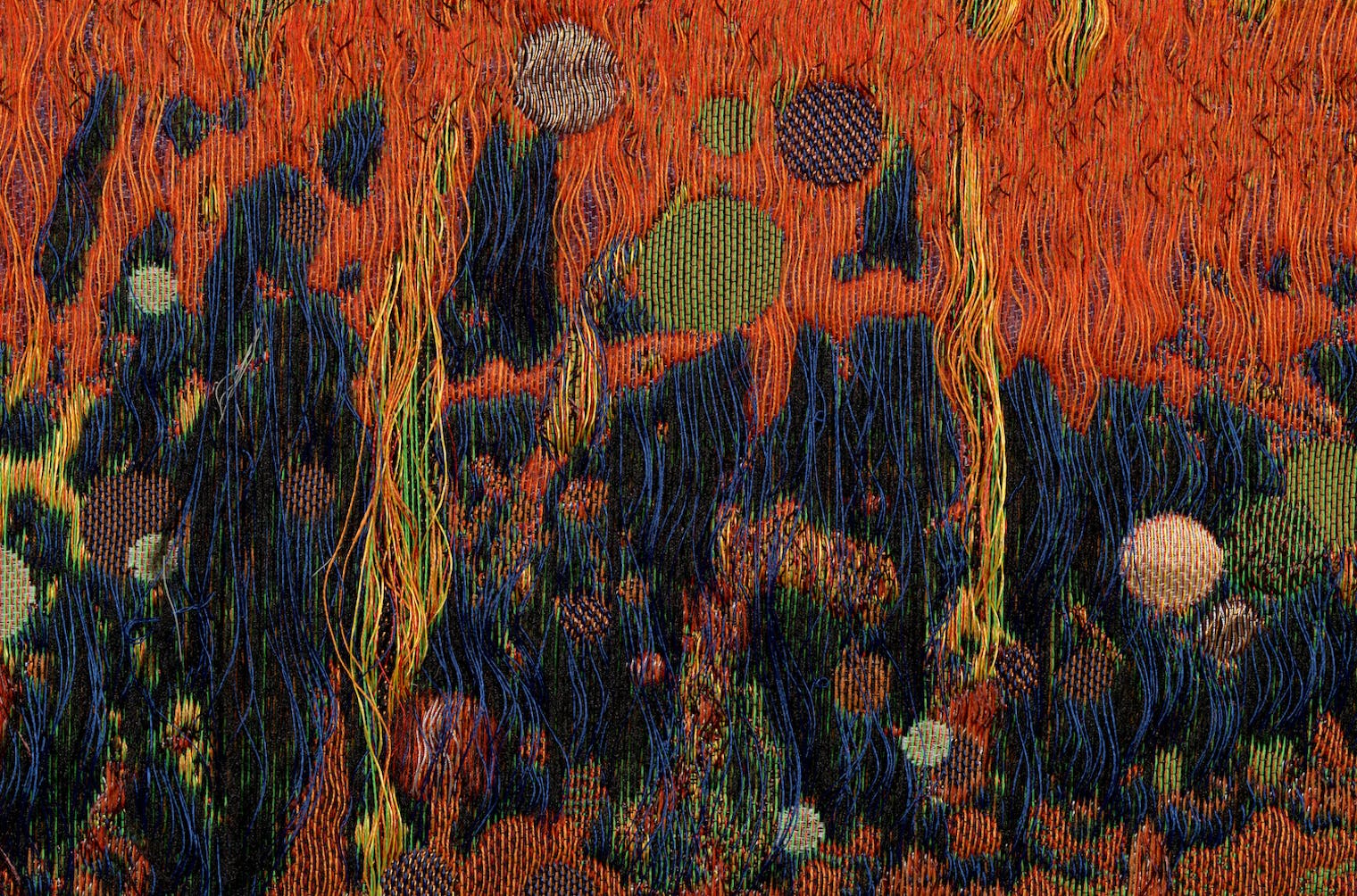 Musea Brugge has acquired two tapestries from Otobong Nkanga that are part of the exhibition Underneath the Shade ...
Read more